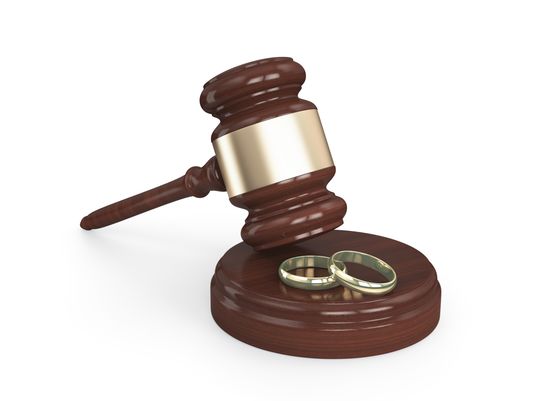 Despite a Kentucky law that bars the recognition of gay marriages performed where they are legal, a Jefferson Family Court judge has granted the state’s first same-sex divorce.

In the first ruling of its kind in Kentucky, Judge Joseph O’Reilly permitted the divorce of two Louisville women who were legally married in Massachusetts.

Though state law says gay marriages performed elsewhere are void in Kentucky, O’Reilly said that barring same-sex couples to divorce here violates the state constitutional guarantee that all people should be treated as equals.

In an eight-page opinion dissolving the marriage of Alysha Romero and Rebecca Sue Romero, O’Reilly also noted that Kentucky divorce law requires that it be “liberally construed” to promote “amicable settlements” of disputes between spouses.

Alysha Romero said in an interview that she was pleased she and her ex-spouse would not have to spend the time and money to return to Massachusetts, where they were wed, to end their marriage.

“I am happy the judge made the right decision,” she said.

Her lawyer, Louis Waterman, said: “I am just thrilled with Judge O’Reilly’s courage. I think he had a lot of chutzpah to do what he did.”

Douglas Haynes, who represented Rebecca Romero, said she was thrilled by the ruling but did not want to comment.

Chris Hartman, director of the Fairness Campaign, said the ruling “is just another step in the direction of full legal rights for LGBT couples.”

Gay-rights opponents in Kentucky had predicted the divorce would not be granted.

Martin Cothran, an analyst with the Family Foundation of Kentucky, told The Courier-Journal after the divorce was filed in October 2013 that the marriage “can’t either cease or continue because legally it does not exist.” And Denny Burk, an assistant professor of biblical studies at Southern Baptist Theological Seminary, said “Kentuckians have a moral and legal interest in not recognizing gay ‘marriage’ even if means denying a gay ‘divorce.’ ”

But no one, including Gov. Steve Beshear, who has defended the state’s ban on gay marriage, intervened to try to prevent the divorce. Neither Cothran nor Burk responded Monday to requests for comment, while Beshear spokeswoman Kerri Richardson said he had no comment.

The ruling comes as the U.S. Supreme Court is poised to decide Friday whether to hear cases from Kentucky and three other states in which a federal appeals court ruled that there is no constitutional right to gay marriage.