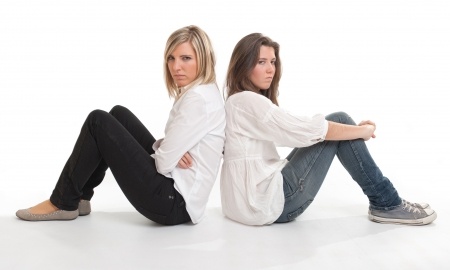 Same-sex marriage is on hold in Alabama, but the state now has lesbian divorce.

A judge in Huntsville allowed two women to legally end their marriage Thursday, a year after refusing their request.

The women asked for the divorce on Feb. 9, the day a federal judge’s decision striking down Alabama’s gay-marriage ban took effect. Hall approved it a brief ruling that dissolved the marriage citing “incompatibility of temperament.”

A year earlier, before any judge had ruled against Alabama’s prohibition on same-sex marriage, Hall said the couple couldn’t divorce under Alabama law.

Sarah Warbelow, legal director for the Washington-based Human Rights Campaign, said such reversals have occurred in other states as same-sex marriage bans were overturned.

“The (Alabama) court is absolutely correct in determining it is bound by the federal decision,” Warbelow said.

The judge cited a five-page divorce settlement signed by both women and said Shrie Richmond, 22, could revert back to using her former name, Shrie Michelle Tinsley.

Patrick Hill, an attorney for Tinsley, didn’t return messages seeking comment Friday. But he previously said the women wanted to end their marriage in their home state even though they had to go to Iowa to be married.

“They’re both from here in Alabama, and this is where their homes, family and friends are,” Hill said last year.

Court records do not list a lawyer for Kirsten Richmond, 25, who did not contest the split-up.

Last month, the Alabama Court of Civil Appeals reversed an earlier decision and said a woman who was separated from her female partner in Georgia can pursue visitation rights in child adoption case in Alabama.